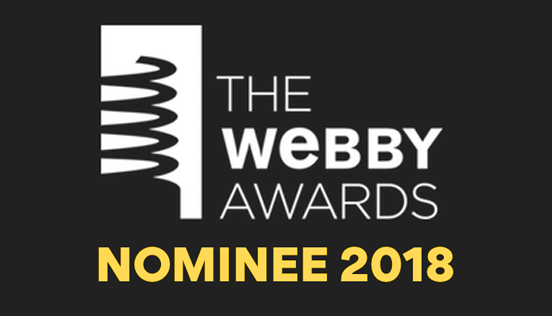 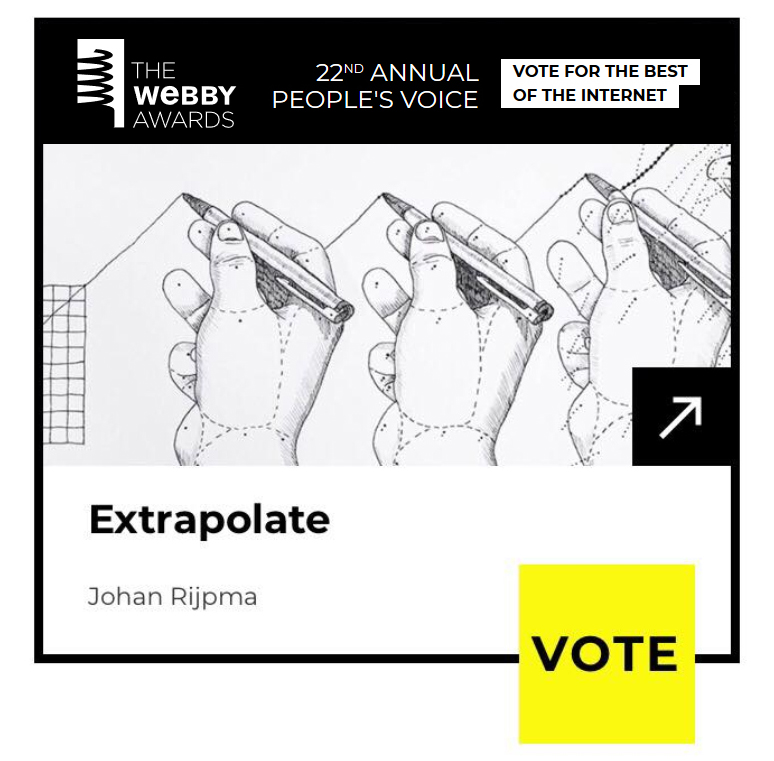 Extrapolate got nominated for an animation Webby

Hailed as the “Internet’s highest honour” by The New York Times, The Webby Awards, presented by the International Academy of Digital Arts and Sciences (IADAS), is the leading international awards organisation honouring excellence on the Internet.

”This is an unparalelleled honor. With over 13,000 entries from all 50 states and 70 countries, the Nominee distiction is awarded to just the top 10% of all work entered that exhibits outstanding achievement-this is an excellent accomplishment for you. As a Webby Nominee, your work has been selected as one of the five best in the world in it’s category and its competing for the Internet industry’s two most sought-after awards: The Webby Award and The webby People’s Voice Award. – Executive Director The Webby Awards Clair Graves

Check out all the other nominated works here (and vote for your favourite till Thursday 19th April:
https://vote.webbyawards.com/PublicVoting#/2018/film-video/general/animation